On 22 July 1992, Harvey Proctor was involved in an altercation when two young men entered his Tory-bankrolled shirt shop in Richmond and attacked both him and Neil Hamilton (who was accompanied by his wife Christine).

Proctor claimed that two men set out to attack him in a targeted “gay bashing”. David Parker aged 21 and James Coomber aged 20 were found guilty of the attack and were both sentenced to 6 months in prison.

The following are copies of the Richmond & Twickenham Times coverage of the case: 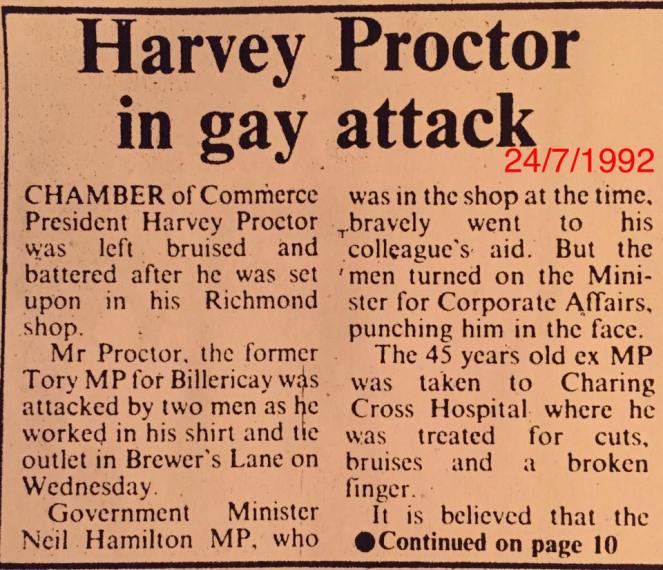 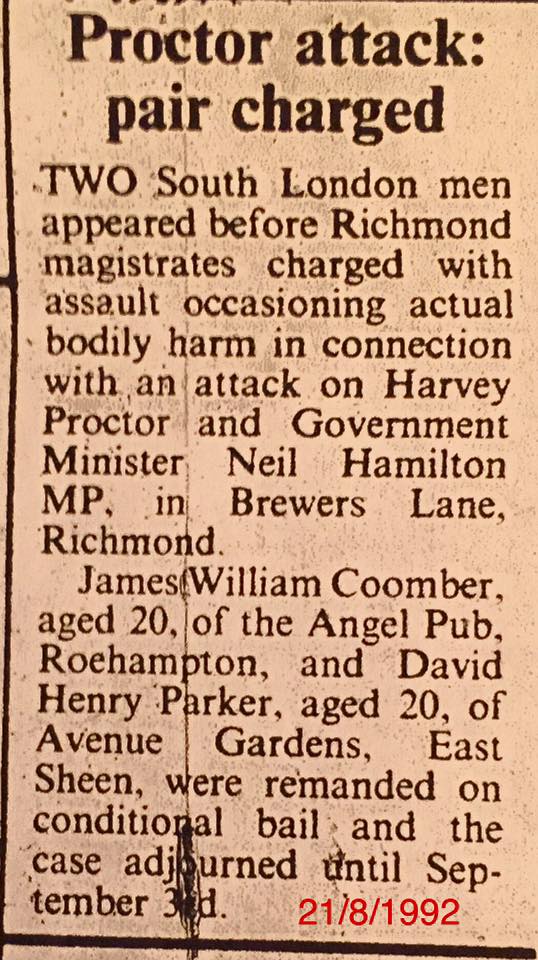 According to the next article, interestingly the judge ruled that Neil Hamilton had acted illegally when he grabbed Coomber. 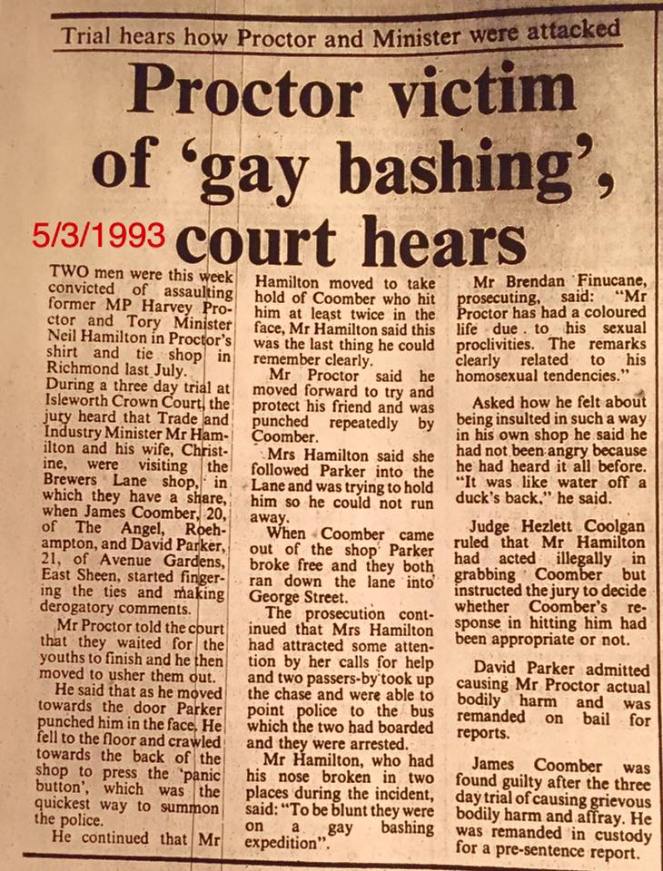 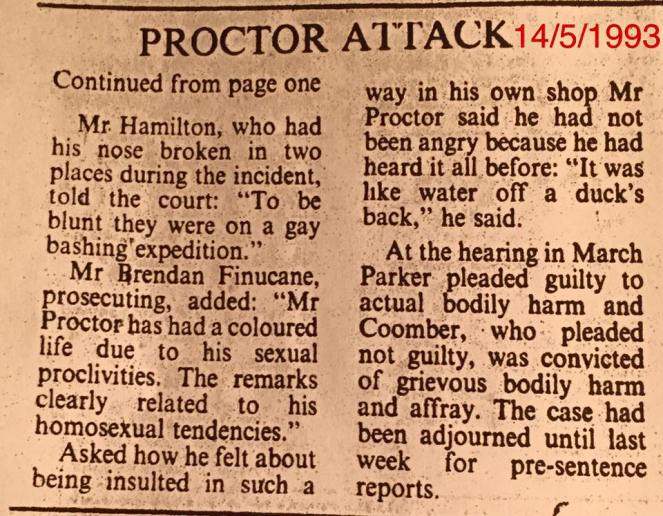