This blog post is in reference to Warwick Spinks and the very disturbing documentary called The Boy Business.  It can be found on YouTube and was made by Network First in 1997.  It follows the haunting claims made by a man called Edward who found himself mixed up in a world of repulsive paedophiles in Amsterdam and his unwavering testimony that he viewed snuff movies involving children.  It also includes further information provided through police memoirs on Operation Framework.

Police in the UK deny existence of such movies, claiming they have never seen one to corroborate their existence. The look in Edward’s eyes seems to disagree….  He first reported the incidents in 1991 but the customs officers did not believe him.  It also transpires that Warwick Spinks was originally put under surveillance by police because they believed he was involved in the making of snuff movies, which seems to contradict their beliefs.

Swedish police released extracts from a tape to Swedish television.  The images were of a man carrying a small boy aged about 7/8 years old who was drugged, bound and hooded then tied to a chair and horrifically abused over a period of time.  It was made by English men and the boy was referred to as ‘Bjorn’.

The Obscene Publications Squad at Scotland Yard had been renamed the Paedophile Unit.  They trawled through thousands of videos each week.  They were tasked with uncovering more information about the Bjorn tape.  The police believed the man on the tape was called ‘John’ and came from the South of England.

Edward claimed he had seen five tapes of children tortured and abused before being killed. He said that five different men were involved.  Edward moved from Birmingham to Amsterdam in the late 1980s and had met a number of different paedophiles whilst in Amsterdam, including Warwick Spinks who was working in a brothel/bar called ‘The Gay Palace’ in Amsterdam where he was effectively acting as a pimp.

Spinks was a loud, brash individual who was also multi-lingual and created a persona of being very well off.  In London, Munich or Berlin, Spinks would visit railway stations to pick up vulnerable children before abusing them and then trafficking them to Amsterdam.  He had a large number of clients and needed a steady stream of boys to provide to them.  He had previously run a pornography business in Kent under the name of ‘J Heath’ but despite all of his video stock being confiscated by the police, he hadn’t been caught.   In 1992 he had come to the attention of the police following intelligence suggesting he was possibly involved in making snuff movies and child abuse and thus Operation Framework was borne.

Spinks was placed under police surveillance and in November 1992 an undercover officer named Todd from the Obscene Publications Branch was tasked with infiltrating Spinks’ world to obtain information and evidence.

Spinks was, at that point, living in Norwood.  He had offered flats to rent in Poland and Amsterdam via an advertisment in a free magazine called Boyz.  He also had flats for ‘straight punters’ in Prague and the Canary Islands.  Todd arranged to rent the Amsterdam flat (Amstel 294N, fifth floor) and it was agreed to meet there on 17 December 1992 to obtain the keys.  Spinks had been seen attempting to pick up a teenage boy at Victoria Station just prior to the arranged meet and a photograph of the boy was given to Todd.

On 17 December, inside the flat, Spinks introduced Todd to a youth called ‘Ken’ who was 15 and from Kent.  It was the same youth Spinks had been photographed meeting at Victoria just days earlier.  (I do not know if this is the same ‘Kenny’ who appeared in The Boy Business, below?).  Spinks offered to show Todd around Amsterdam and they went out drinking, first visiting the Marcella Bar in Princengracht and then later they went to Amstelhoek, a gay bar, and then on to Chez Manfred on Halvemassteeg before moving on to a quieter bar where Spinks told Todd he could fix him up with “a chicken” before then suggesting that Todd had sex with Ken whilst Spinks took home the ‘chicken’.

The more Spinks drank, the more talkative he became and admitted that he had been travelling to Amsterdam since the age of 15, that he was also married and had two children but had left his wife and lived with a 19 year old Polish boy in Thornton Heath, whom he referred to as ‘the wife’.

Once back in London, Spinks would regularly meet up with Todd in Compton’s in London’s West End but one day, without warning, Spinks upped and moved to Hastings.  Even so, Todd still met up with Spinks and on one visit Spinks boasted that he had been photographing two 14 year old boys called Tom and Ricky.  (One of these boys is interviewed under the name of ‘Gary’ on The Boy Business).  The boys had run away from a children’s home in Doncaster and had spent two nights living on the streets of London when they encountered Spinks who offered them food and a place to sleep.  They travelled with him to his flat in Hastings, East Sussex, where Spinks became aggressive and threatened the boys with a knife before abusing and photographing them.  ‘Gary’ was then taken to Amsterdam with Spinks who claimed they were going on a drugs run but when there, he sold ‘Gary’ in to sexual slavery to a brothel – the Blue Boy – where he was drugged and abused.  ‘Gary’ had eventually escaped by climbing out of a window and heading to the British Consul.

I know somebody who was in a snuff movie.  Somebody got snuffed in front of him.  He was from Birmingham, middle-20s.  I know the person who made the film.  I felt sorry for this boy.  It was a German boy about 13, 15?  He thought he was gonna make 200 guilders and ended up dead.  I know I’m a fat old queen, but I get away with murder.

Edward claimed he once bumped in to Spinks in the centre of Amsterdam.  Spinks had hold of a boy by the arm.  The boy was around 7/8 years old with blonde hair and blue eyes and seemed terrified.  Spinks glanced down at the boy and said “I have a delivery, I’m going to be another half an hour“.  Edward is also adamant that Spinks not only abducted children, but was also involved in their murder and that bodies were disposed on in a lake in Amsterdam.

Spinks was interviewed by telephone from Elmley Prison, Sheerness, Kent by the programme makers and said:

Not long after the programme was made, Spinks was released to a probation hostel in south London where he was asked to complete a form so that his details could be entered on to the new police sex offenders register.  He refused, absconded and then sent his probation officer a postcard with an invitation to visit him in Amsterdam.  He has also travelled to Prague, Johannesburg, Moscow and Frankfurt

Many of the children who ended up being trafficked to Amsterdam began life in the West End of London.  Piccadilly Circus is the notorious area used as the ‘meat rack’ where ‘rent boys’ were offered to men.  Many of the mainline stations such as Victoria and King’s Cross would become local haunts for the likes of people such as Spinks as they picked up vulnerable runaways heading to the bright lights of London. Piccadilly Circus with it’s bright lights, arcades and fast food restaurants were magnets for youngsters and, thus, paedophiles.  It was one of Spinks’ favoured places to procure boys.

According to The Boy Business, Kenny was a 17 year old boy descending in to a life of drugs when he was picked up by Spinks.  However, according to Todd, Spinks claimed he was just 15 years old.  He persuaded Kenny to travel to Amsterdam with him where he produced a book that contained pictures of approximately 15-20 young boys.  Kenny ended up owing Spinks hundreds of pounds and knowing he couldn’t pay, Spinks told him he was to procure young boys.  When Kenny refused he was raped by Spinks.  He eventually managed to escape. 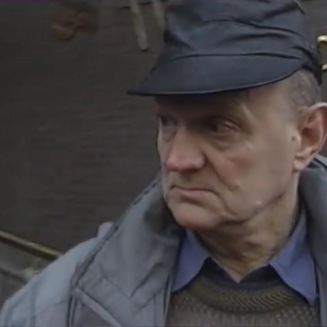 A former Londoner, Howells was an actor and also ran a London-based casting agency called Bovver Boots in Leytonstone.  In the 1980s he left England and opened a new office in Amsterdam where he lived on a houseboat.  Children as young as 8 years old were offered television work by the agency and groomed over a period of time – it was simply a ruse to attract and abuse children they procured from places like Rhodes Estate in Hackney.  He was assaulted in Amsterdam and when police assisted him they discovered numerous indecent photographs of young boys in his home.  Despite firm denials that he is a paedophile, he has a previous conviction for abusing a 9 year old boy in 1972.  He is also an acquaintance of Spinks and Edward had dinner one evening with them both where he claimed Howells made repugnant obscene remarks about a young boy also in the restaurant. 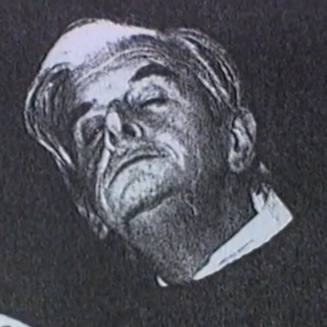 ‘Uncle Harry’ Jeffries was the “official” photographer for Bovver Boots.  He groomed his unsuspecting victims and families over periods of several years and when he had their trust, he would then begin taking private photographs of the children alongside a friend who also claimed to be a photographer.  Over time Jeffries would become more aggressive towards the children and also blackmail them using the photographs.

Eventually he came to the notice of police when one boy called Matthew reported his behaviour.  Jeffries had made a hole in the wall between the living room and his bedroom where he could watch or photograph unsuspecting victims.  Other children then came forward and the police raided his home in Aden Grove, near Newington Greet.  The police found false walls etc in the home and found hundeds of explicit photographs and negatives.  He was convicted and served just one year of a two year sentence.

Chalkley from Stepney was also a photographer for Bovver Boots and had a minor role on Eastenders.  The children idolised him and accepted that the photographs they were asked to pose for would eventually secure them acting work on the soap.  He fled to Amsterdam to live with his brother.  However, in 2013 their bodies were found in a flat in Fuengirola with plastic bags over their heads and tape on their mouths.  Police hadn’t ruled out murder.

Edward claims that houseboats were used to give paedophiles a free reign on their sadistic pleasures.  Without witnesses to hear and see their depravity, he claimed they felt it the ideal environment to film snuff movies as it offered seclusion and privacy.

The trial involving Bovver Boots was also part of the much larger covert operation in Amsterdam/UK involving Spinks, hence their connection in this post.

Following a joint effort between UK and Dutch police they managed to identify both the man filmed abusing the child on the Bjorn Tape and the boy himself.  The man was called John Peters.

Peters is an ex-soldier who went AWOL after being charged with abusing a 14 year old boy near his army base in Sutton Coldfield during the 1970s.  He also had a conviction for child abuse in Denmark.

The police were also able to identify the child who was from the north of Holland and who, a year beforehand, had complained to the police about abuse he had suffered since he was three years old by a Dutch man.  The accused was acquitted in court as there was no evidence and subsequently sued the boy for his malicious complaint.  The boy ended up suffering from severe mental illness and living in an orphanage.

When the tape came to light, Bjorn’s abuser was once again sent to trial.  Peters, on the other hand, did what he does best and went AWOL, crossing the border from Holland.  He was last known to be in Asia.