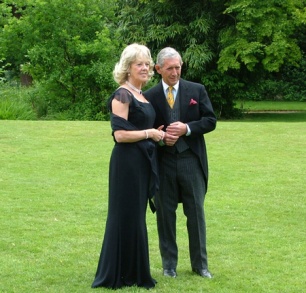 You can hire him for speeches, campaigns, personal appearances, even TV.  Heck, he even appeared in National Lampoons European Vacation.

But is Mr Hugo CRB checked?

Four years after he became the Prince Charles-a-like, he appeared at the Central Criminal Court:

Peter Hugo, an actor, was sentenced to 18 months imprisonment by the Central Criminal Court yesterday for two offences against a boy.

Judge Hazan QC, warned other homosexuals of the risk they face.  “This case should be a terrible lesson to active homosexuals when they indulge in activities of this sort, particularly towards young boys”, he said.

“Not only do they run the risk of transmitting sexual diseases like Aids, but they can also cause injuries.”

Hugo, of Camberley, Surrey, admitted indecent assault and buggery on a boy aged 14.

The judge said that Hugo, aged 37, who is known for impersonating the Prince of Wales, had paid part of the boy’s medical expenses after he had sustained internal injuries during the relationship.

Aside from the appalling way in which the case has been referred to within this article (a paedophile is NOT a homosexual, and abuse is NOT a relationship), it seems that Mr Hugo not only abused a young boy, but damaged him so badly he required medical treatment.

I just hope Mr Hugo is never employed where young boys are in attendance, and that those companies who hold him on their books make all relevant checks beforehand! 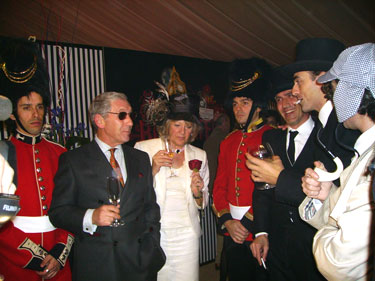