Westminster & the South London Cover Up

In 2015, BBC Newsnight featured an investigation into the cover up of paedophile activity by Cyril Smith in Streatham.  It seems pretty straightforward and isn’t often referred to, but if you listen to the content, it’s incredibly sinister and raises many questions on the wider issue of establishment paedophiles and the lengths that others have gone to in order to protect them.  Who was the member of the security services and members of the police also involved?  If police were involved, does that link back to the ‘sex dungeon’ found underneath Lambeth Police Hq, as mentioned in my previous post regarding Lambeth?

I am providing a transcript of the item because the BBC have already removed it from the iPlayer.  It can, however, be found on YouTube.   I hope that iiCSA have received a copy of this report from Newsnight and included it within the Lambeth AND Westminster strands of their inquiry.

A mile from Westminster.  Half a mile from MI6.  Long gone tenements that may have held dark secrets.

There’s no sign of Coronation Buildings now.  They were unloved, fell into disrepair and were eventually knocked down, but not before they were the focus of a child abuse inquiry by Scotland Yard.  Now, 35 years on, an officer familiar with that inquiry has come forward to tell it’s story and how it came to a sudden and mysterious end.

The operation targeted a number of properties in South London, but particularly a flat in Coronation Buildings.  The officer described how, over the course of three months, a small team of detectives watched the flat.  A caretaker helped them install a video camera, which showed boys being sexually abused by men.  It was surveillance that linked London’s paedophile infiltrated care homes with the House of Commons.

One of the men caught on camera was the Liberal MP, Cyril Smith.  Another – a senior member of Britain’s intelligence agencies.  There was evidence of abuse by police officers too.

The surveillance team had made witness statements (known as MG11s) and details had been logged with C11 – Scotland Yard’s intelligence unit.

One evening they made their move on a property in Streatham.

Officers burst in to a sex party and arrested Smith, among others.  We’ve been told they were driven north of the river and brought here, the old Canon Row police station, within sight of Downing Street and House of Commons.

But this did not set in train the prosecution that officers had imagined.  Far from it.  Newsnight has been told that the duty sergeant on that night was stopped in his tracks and pilloried for even contemplating keeping Smith in custody.  To the astonishment of those who witnessed it, the MP was released.

Days later, and south of the river, another astonishing twist.  When the officers reconvened at their base.  That base was here, on the first floor of the Met’s Gilmore House, just a mile from Coronation Buildings.  We’ve been told that the squad was called here and addressed by a senior officer they had never met before.  There was a row, and it ended up with detectives being ordered to hand over all their evidence: notebooks, photos, videos, the lot.  They were given a reassurance that Smith would no longer play an active role in public life.  A reassurance that ended up being hollow.

And there was a warning: speak again of this operation and you will be breaking the Official Secrets Act.

35 years after the operation at Coronation Buildings, with the renewed focus on the secrets of the past, politicians offer whistleblowers protection.  But in this case, that cuts little ice.  Our source won’t go on camera.  He has given his account to the BBC through an intermediary to reduce the risk of being identified.  But his story has been examined by Clive Driscoll – a Scotland Yard detective who investigated child abuse in Lambeth and later prosecuted the murderers of Stephen Lawrence.

NH: “Mr Driscoll, you’ve examined these claims.  What do you make of them?”

CD: “I looked at them as I probably would have done when I was a police officer and on the balance of probabilities, you would have to say that they appear very credible.  Certainly the timing and the type of allegations that are made are ones that I’m sure the Metropolitan Police would take very, very seriously.

If you take all of the information that appears to be out there together, it does look like collusion with police officers and other agencies to prevent, what is, a straightforward criminal case.  I personally can’t condone that.  I think it’s wrong.”

Of all the allegations made against Cyril Smith since his death five years ago, this appears the most egregious example of a cover up involving police collusion.

Simon Danczuk: “Time and again, what we’ve learnt more recently is that a number of police officers investigated Smith up and down the country and those investigations were quashed and officers were told to stop investigating him – that Smith was being protected and he was being protected by some fairly powerful people – and I think he was being protected because he knew of other paedophiles in the networks in which he operated and had he been prosecuted, then I think those other people would have been named by Smith and that’s why they ensured that he was never put before the courts.”

NH: “What would you say to officers who are still frightened by the threat of the Official Secrets Act, who have been threatened in this way to come forward?”

CD: “Well, never forget that detectives are fathers, husbands, sons, daughters.  They have their own families.  It’s incredibly difficult if you felt that by coming forward and just telling the truth, that you might have your livelihood taken away from you and you were still maybe, you know, taken to prison, then that’s very difficult.

If it’s true that there are officers that want to come forward but they feel inhibited by the Official Secrets Act, and if what that… the general information that appears to come from is true, then it is disgraceful.  It is just wrong and it would undermine our democracy.”

We put the main allegations to Scotland Yard weeks ago, but the Met has refused to comment on the details.  However, a spokesman said the force’s anti-corruption command: 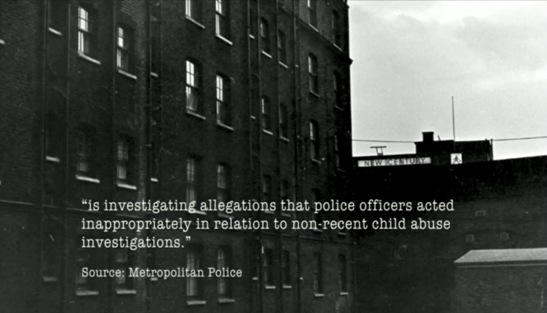 It wants witnesses to come forward.

Unlike many tales of child abuse, the story of Coronation Buildings is not one of victims being ignored or disbelieved.  This appears to be a case where police knew what was going on – they had seen it with their own eyes – yet they were ordered to stop.

If true, this is an open and shut case of a remarkable cover up.

This also raises questions regarding Elm Guest House.  If Smith wielded such power over police forces and he did go to Elm Guest House to abuse boys, then it gives yet more credence to the allegations the whole thing was covered up to protect the elite, including Leon Brittan and others.

A small but very telling remark was made by Tim Fortescue during a BBC documentary on ‘Westminster’s Secret Service‘, about how chief whips also helped to cover up MPs caught in “…scandals involving small boys.”

At least two former police officers have come forward to recount incidents of investigations being stopped – very similar to that of the Smith cover up – involving Leon Brittan.

And not forgetting Clive’s own taste of injustice when he wanted to speak with Paul Boateng regarding abuse within Lambeth when he was in charge of Op Trawler, which was swiftly closed down and he was removed.

The allegations also echo those reportedly raised in Op Conifer which has investigated Edward Heath.  Namely, the continued and concerted effort to cover up abuse.  Just like Greville Janner, Heath would have faced charges in relation to allegations of abuse. 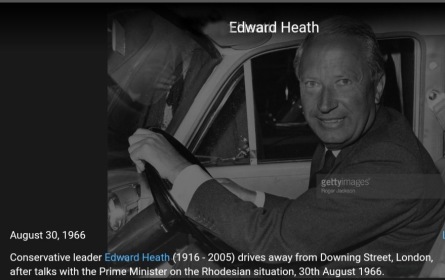 A man who, even though he was named in a trial about child abuse, managed to evade justice.  The DPP eventually confirmed he would have faced charges relating to allegations of abuse.  30 separate people came forward with allegations against him and also of collusions of police cover ups.

It is not exclusive to one party – although Thatcher did seem to harbour more than her fair share – but is party political wide.

Sadly things haven’t progressed, and following a motion by Chris Grayling, in 2016 MPs voted in favour of keeping their anonymity if they are arrested.  Only one MP stood against it.  That was John Mann MP – an outspoken campaigner of exposing the truth about paedophiles connected to Westminster and also the sordid happenings in Lambeth.

7 thoughts on “LAMBETH: Westminster & the South London Cover Up”