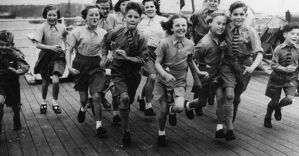 On 1st March 2018, IICSA released its first report on the Child Migration Programmes that occurred within the UK for decades.  The report is 174 pages long, so I have outlined the contents, findings, institutions involved, problems that occurred etc.

It made shocking reading.

For those that aren’t familiar with what these were – In short UK governments were taking children in orphanages from the ages of five onwards and sending them overseas to places such as Australia, New Zealand, Southern Rhodesia (now Zimbabwe) and Canada.  Despite promises of oranges and sunshine and happy lives, many children became part of a conveyer belt of slave labour which included torture, neglect and abuse within a system so flawed that they were left exposed to predators.  The deception that occurred is also part of the scandal, as many children were told they were orphans, and many relatives were told their children had been adopted or had died.  People – young and old – went to their graves believing a web of lies peddled by the authorities.  You can read a little more about it in a previous blog post.

Those who survived to tell their tale appeared in front of the IICSA panel and gave moving testimonies of the abuse they endured, which has enabled IICSA to compile this comprehensive report.  I urge you to read the first few pages (namely pages 5-8) which are the testimonies of Michael O’Donoghue and Marcelle O’Brien.  They give a shocking insight into the sadistic nature of the UK children’s home regimes, as well as the awful treatment children endured when sent thousands of miles away.  It’s heartbreaking.

Child migration was also considered to be more cost effective than keeping children in residential homes in Britain (although we have doubts about whether that was actually correct).

Sadly, it’s not that dissimilar to the Tvind scheme that ran during the 1980s, where children were sent overseas by some London social services departments.  You can read my blog post about it here.  Despite requests, none of the local authorities concerned would provide any further information.

The agencies involved in ‘sending’ children in the migration programmes were mostly voluntary organisations, with a small number being migrated by local authorities. Some organisations, such as the Fairbridge Society and Barnardo’s, operated as both sending and receiving institutions, providing schools and homes in the country of migration. Others migrated children to institutions run by other organisations. From evidence available to the Inquiry, there was a sense in which these children were treated by some of the sending institutions as ‘commodities’ with one institution even referring to its ‘requisition’ for a specific number of children to be sent to Australia.

(Organisation and total amount of children they migrated)

Children were sent overseas from the UK, Wales and Northern Ireland (the latter of which was looked at in the Historical Abuse Inquiry, NI.)

However, the overriding force behind the scheme was, of course, the British government who had agreed with the Australian Commonwealth Government to send 50,000 children following the Second World War.  The Australian Government wanted to use the programme to increase the white population (and labour capacity).  It is the British government, this report concludes, whom systematically ignored the suffering of the children despite playing the central role in the programme.

Following a 1998 review undertaken by the House of Commons Health Select Committee, Gordon Brown (then Prime Minister) made a public apology to former child migrants.

WHERE WERE CHILDREN SENT?

Between 1947-1965, 3,170 children were sent overseas as part of the programme.  Around 400 of those were sent by local authorities, the rest were sent by organisations.

Once they arrived overseas, legal guardianship for the child would transfer to the national governments of their respective country, then to the provincial/state government, more particularly their child welfare departments. In practice, responsibility then devolved to the particular institution’s staff.

THE PROBLEMS THAT AROSE:

Under the Empire Settlement Act, 1922 (ESA), the UK government pledged to provide funding for the cost of children’s journeys as well as a maintenance element until they were 16-years old.

The ESA was renewed periodically until 1972, despite concerns raised in 1942 following an inspection in Western Australia by Sir Ronald Cross, who reported that he could not understand where the money was going, given the poor clothing the boys were wearing.

In respect of Australia, some of the programmes, including those operated by
the Anglican and Catholic churches, used a ‘group nomination’ system, whereby a
residential institution in Australia would send a request for a certain number or gender of children for migration, thus the children were considered as ‘commodities’, not as individuals within the ‘care’ system.

The Fairbridge Society became a highly regarded operator in the migration programmes with patrons including high-profile individuals and members of the Royal Family, as well as a close working relationship with the UK government.  This seemingly worked to the Society’s advantage as not only did it receive advance notice of the contents of a report, but also Lord Dodds-Parker (Under Secretary of State for Foreign Affairs and a strong advocate for Fairbridge on the Overseas Migration Board) lobbied the Home Secretary for an increase in funding.

Concerns arose and so the UK government sought to educate those countries as to methods of care.  However, this seemingly wasn’t successful as reports were received that were extremely critical of the conditions within the receiving homes.  This then led to a 1956 ‘blacklist’ of institutions that should no longer be used. 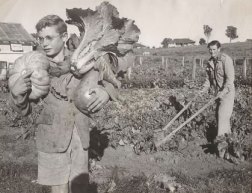 The government was loathed to upset the Australian government nor institutions such as Fairbridge and Barnardo’s by withdrawing funding and so the ‘blacklist’ of schools that had been drawn up in 1956 was effectively suspended so that Fairbridge children could be migrated as planned, even to schools on that list, and financial support and use of facilities continued until 1972.  There is a possibility of an intervention by HRH the Duke of Gloucester (then Fairbridge Society President), however the inquiry found no evidence to back this claim. 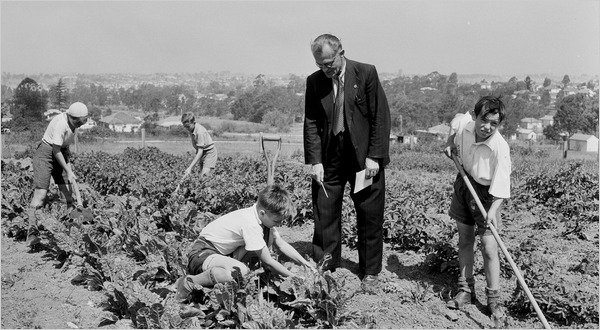 Of course, it wasn’t just those in a position of authority that abused, the inquiry also heard evidence about peer-on-peer abuse as well as outside visitors abusing children.

…children had been treated worse than he had been as a prisoner of war.

(Reaction of a parent after visiting Fairbridge, Molong)

UK HOMES NAMED WITHIN THE REPORT: