The Unsolved Murder of Christopher Stanley 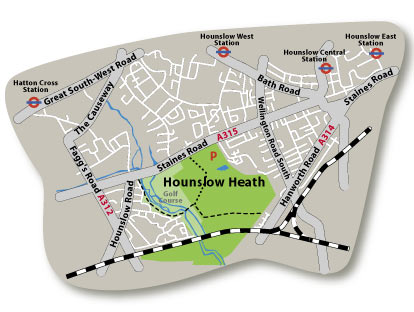 On 30th July 1992, the body of missing 9 year old Christopher Stanley was discovered by two boys in an old air raid shelter on Hounslow Heath.  He had gone missing the evening before.  A neighbour was arrested on suspicion of Christopher’s murder but was acquitted at trial.  Christopher’s killer has never been found.

Christopher John Stanley was born in Hounslow on 7th January 1983.  He lived in St Aubyn’s Avenue, Hounslow with his grandmother, Diana Stanley, who had raised him following his parents separation.  His grandmother died just five years after Christopher’s death.

Christopher had gone to play outside his home (which is situated close to the golf course) when he disappeared.

Christopher had been stripped and strangled with a cord.

His naked body was found by two boys in an old army pill-box on the edge of Hounslow Heath golf course.  His clothes were never found.

Christopher and a 7 year old friend were seen speaking to a neighbour of Christopher’s on the evening that he died.  He was not seen after 7.30pm that evening.

The officer in charge of the investigation, DS Chris Burke, made an appeal to try and discover the route that Christopher would have taken from his home to the Heath.  He also appealed for information on any dens where Christopher may have played.

Kelvin John McMahon, 24, who lived opposite Christopher in St Aubyn’s Avenue, was arrested on suspicion of his murder.  The friend of Christopher’s identified him as the man they were speaking to before Christopher’s disappearance and stated that he had been wearing “a rude t-shirt with pictures of ladies with no clothes on the back“.

Any information on this case is strangely scarce so if anyone knows where I could find anything, further please leave a comment. Thanks!

11 thoughts on “UNSOLVED CRIMES: The murder of CHRISTOPHER STANLEY, 1992”