On Thursday 14th September 2017 the Hackney Gazette ran a story with an appeal regarding a paedophile ring that operated within the London Fields area of London:

A child abuse survivor who says she was raped and tortured by a well-known figure in London Fields is pleading with other victims to come forward.

The woman, who is now a successful academic, told the Gazette she was finally able to face up to the torment she suffered between 1973 and the early 1980s, and bring her attackers to justice.

She has turned to private investigator Mike Naughton to help her find other survivors and build a case she can take to police.  The woman says she knows of some victims who have declined to speak out.

“I’m a survivor and I know dozens of other children were abused,” she said.  “I know that it would be very frightening to come forward but they won’t be alone, they will be supported.

Initially it would just be a conversation – not about going to the police.

As we have seen with historic allegations, it’s more possible to speak about these things now and, from my perspective, actually having dealt with what happened was healing and liberating.  Having support to do that, and knowing I wasn’t alone, was essential.”

It was claimed the well-known figure led an organised paedophile ring who abused children in a house in the E8 area, as well as taking them to other locations in the UK as well as abroad and making them perform sex acts in front of a group.  The survivor told the Gazette she also remembers being forced to take LSD.

The woman added: “I had quite a serious breakdown when my daughter was born and I needed to get to a place where undertaking this investigation was possible.  I’ve been wanting to get them for a long time.”

PI Mr Naughton, who runs Cheshire firm Lewis Legal, is looking to speak to others who may have been abused by the same people.

For legal reasons, and to avoid compromising the investigation, the Gazette is unable to specify the name of the alleged abuser or the address where the abuse is said to have taken place.

Mr Naughton, who has worked on similar cases in the past, believes other victims would now be in their late 40s or early 50s.

Anyone who believes they were a victim or witness to the abuse can contact Mr Naughton on hackneyCSA@protonmail.com

London Fields is an area of parkland that joins Hackney Central to the London Borough of Hackney.  Although ‘London Fields’ refers to the parkland, it also incorporates the surrounding neighbourhood too and falls within the E8 postcode which also covers Hackney Central, Dalston and part of Stoke Newington. 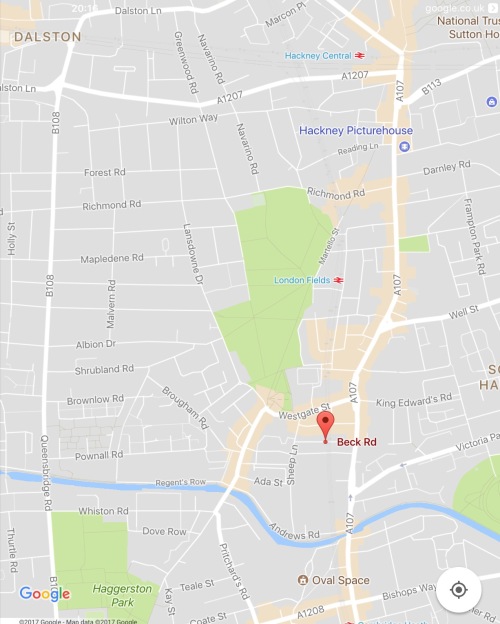 HOW CAN YOU HELP?

Were you one of the victims of this paedophile ring?

Were you witness to their crimes?

Perhaps you were a local reporter who had knowledge of what was going on?

Whatever format it may take, if you have any information at all you can either contact the private investigator on:

Their aim is to seek evidence from other survivors to help build a case.  You will not be alone and will be in touch with those who went through the same trauma you did.