On 29 July 1981, an 8 year old boy named Vishal Mehrotra disappeared from Putney.  His dismembered body was found in Sussex six months later.  I am outlining the most recent and accurate details of the case extracted from LBC’s weekly series.  It sets the record straight about a number of details that were misleading at the time, so please read through – you may have that tiny piece of information that could help the police who, following the new information uncovered by Tom Swarbrick on LBC, have agreed to reopen the case.

I have bullet-pointed here the most important pieces of information and evidence that exists below.  If you wish to read more about the matter, I’ve also transcribed a lot of Tom Swarbrick’s article as well as more detailed information underneath.

THE FACTS: CAN YOU HELP?

Here is a link to the podcasts of all episodes of Tom Swarbrick’s investigation:

Vishal lived at home with his father and his sister in Putney, South West London.  His parents had separated so he and his sister had a nanny, Janita, as his father worked as an Articles Clerk.  He was 8 years old and not the sort of child to wander off.  He would have known his route home. The family were due to go on holiday to Jersey the following day.

It was the day of the wedding of Charles and Diana.  It was a bright, sunny day and the country was swept up in wedding fever as, if I recall correctly, it had been declared a public holiday.  Bunting and flags adorned houses and streets and the route through London was lined with over 2 million well-wishers.

Vishal’s father, Vishambar, was an Article’s Clerk who worked on the second floor of an office building overlooking Fleet Street. As the wedding procession was due to travel from St Paul’s and down through Fleet Street, it was decided within the office that they would have an office party with families invited.

Vishal was dressed in:

Vishal, his sister Mamta and nanny, Janita, arrived at the office to watch the procession at about 11am.  After a picnic they headed home around 1/1.30pm and walked down to Temple Station where they would catch a train to East Putney Station where they lived.  They needed to pack for their holiday.

After alighting at East Putney Station, Vishambar asked Janita to go and buy cough syrup for the children (as both children had a cough).  Both children wanted to go with her because they thought they would get a sweet, so Vishambar gave them some money and he headed straight home and fell asleep in his bed.

Janita and the children crossed the road from the station and before they could head up Upper Richmond Road in Putney to the chemist, Vishal changed his mind and decided he wanted to go back.  Janita saw him back across the road and he began running back towards East Putney Station and turning in to CARLTON DRIVE.  She and Mamta turned and headed towards the shop.  That was the last time she saw Vishal.  On arriving home she assumed Vishal had joined his father for a sleep and it wasn’t until 5pm when Vishambar woke, that they realised Vishal was missing.  They telephoned the police and were told to wait to see if he came home that night.

SO THE QUESTION IS, WHAT SHOULD HAVE HAPPENED NEXT?

Well, in short we can’t be sure but Vishambar makes it clear that Vishal was not the type of child to run off and confirmed he would have known his way home from the short distance that Janita last saw him. Vishal would have crossed UPPER RICHMOND ROAD, ran down KESWICK ROAD, before cutting in to LYTTON GROVE and them HOLMBUSH ROAD, where he lived.

WHAT DID HAPPEN NEXT?

During the investigation, Vishambar received a call from a man who sounded in his late teens/early 20s.  HE DID NOT SAY HE WAS A PROSTITUTE.  He said he had a lot of information about paedophile rings where politicians, judges and some police officers were involved.  He begged Vishambar to take him seriously because he had already tried to contact Scotland Yard but they hadn’t taken him seriously.  The conversation was recorded (Vishambar was given the facility to record calls just in case Vishal had been kidnapped for a ransom).  He made a copy of the call and handed it over to the police.  A week later he was told by the police to ignore it, that they knew the man who had tried to contact them but he was just a “crank call”.

The Met Police were involved and the operation grew rapidly.  A picture of Vishal was released and broadcast on TV and any potential witnesses were asked to come forward.  The photo was old and did not show Vishal smiling –

This was purposely done.  Vishal’s canine teeth were very prominent and the police knew that if genuine witnesses came forward, they would be able to clarify that.  Newspapers reported over 200 sightings. The police also staged a reconstruction but the boy used was far older than Vishal and they walked up the wrong street and the wrong way to which Vishal had headed.

– RG had lunch in Putney with her husband, her boss and his wife.  At around 4pm they decided to head out for a walk to enjoy the atmosphere.  They walked down to the BACK OF THE FACTORY, CROSSING OVER PUTNEY BRIDGE ROAD and in to DEODAR ROAD to a set of steps heading to a footbridge which crosses the Thames.  (You can walk across the bridge to Putney Bridge Station).  Climbing the stairs, RG noticed a boy standing at the bottom all on his own, acting peculiarly.  After 5 minutes of watching the boats, RG and her husband headed back down the stairs.  The boy was still there but was eating a chocolate bar.  He seemed uncomfortable and restless, standing with his arms up and head back. The boy had prominent canine teeth.  RG was interviewed a number of times and was even taken back to the area the following day, where the chocolate wrapper was sat in the gutter.

– Police received reports of a rare Lancia car parked at an awkward angle in a lay-by Alder Copse on the afternoon of the Royal Wedding.  A young boy was inside the car.

– GE was travelling by train to Balham late afternoon of the Royal Wedding.  She shared a carriage with another woman, a scruffy looking man and a young boy, who was running up and down, he seemed very excited.  He was smiling and happy.  GE noticed the child was wearing white trainers with a blue flash – they seemed new.  When she saw a police appeal on the television with a picture of Vishal, she knew immediately that it was the same child she had seen on the train.  They called the police and was told that someone would be out to interview her, but it never happened.  In fact, they called the police a number of times yet GE was never interviewed.

Years later, GE was watching the tv when she recognised a picture of a man who was being sentenced for paedophilia.  It was the same man whom she had seen on the train that day with the young boy.  That man was Leslie Bailey – of the notorious Sidney Cooke paedophile ring.

In February 1982 – 6 months after he first disappeared – Vishal’s remains were discovered by two pigeon shooters in a shallow grave in marshland on the edge of a farm in Alder Copse (which lies off the A272 between Petersfield and Rogate).  Vishal was missing his pelvis, legs and lower spine.  His torso and skull as well as a clump of matted black hair were discovered.  Sussex Police began a murder investigation but the case went cold.

A detective who worked on the Vishal investigation – Jackie Marston – feels this is a very significant area for the body to be found – that it wasn’t just a random place.  A Sussex connection would be of interest.

Exactly a year after Vishal disappeared, Sussex Police put out an appeal to Goodwood race-goers:

“As you know, this time last year, when Vishal disappeared, was the week where Goodwood is held – Goodwood racing.  It was in the middle of this period last year that Vishal disappeared.  Consequently, this year, what we are trying to do is to appeal to any person who attended Goodwood races last year – and who is also attending this year – and who indeed travelled past Alder Copse on the A272 in Sussex, to come forward”.

Roger Stoodley, the detective who successfully managed to convict Cooke and some of his accomplices, has spoken with Tom Swarbrick and feels that the details of Vishal’s disappearance and sightings claimed by the witnesses are consistent with how the Cooke gang operated – taking children off the street, using sweets to lure them, burying their bodies in shallow graves.  The Cooke gang had also disposed of the bodies of boys in copses – exactly the same as Vishal’s was.  Following all this new evidence, it has been agreed that Sussex and the Met police forces will look again at the case. 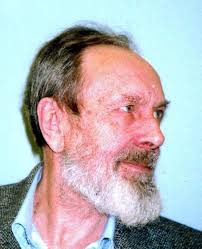 Vishal’s body was found on the edge of Durford Abbey Farm, 3 miles from Rogate, Sussex and less than 3 miles from Harting.  Peter Morrison had taken a boy from Harting and assaulted him at Elm Guest House in Barnes, SW London.  (The boy managed to escape and find his way back home.  His family reported the matter to the police and were subsequently assured by members of Scotland Yard (who had visited them) that the man had been jailed.  It was only later they realised this wasn’t the case at all). The police had also told the family that they were investigating whether the boy’s abduction was connected to Vishal in any way.  Michael Mates (MP for Petersfield) lived at Durford Mill as well as Dolphin Square next to Nicholas Fairbairn.

Vishambar is convinced that his son was taken by a paedophile ring connected to Westminster, and taken to Elm Guest House in Barnes – just a stone’s throw from where Vishal disappeared.

It is difficult to ascertain if Leslie Bailey was out of jail at the point of the alleged sighting, however, it transpires through the investigation in to the disappearance of another child from SW London – Martin Allen – that the Sidney Cooke gang were part of a team of temporary drivers used by the Australian High Commission to supplement their own drivers (of which, Martin Allen’s father was one).  Prominent people visited the Australian High Commissioner’s residence in London and the Allen family lived within the grounds.

Martin’s brother was also warned off by a detective from probing in to a possible prominent persons connection.

I will be putting together a blog page dedicated to Martin’s disappearance too.  He is another child who went missing from SW London and shouldn’t be forgotten.  You cannot just allow a child to go missing and do nothing.

92 thoughts on “MISSING: The Disappearance of Vishal Mehrotra”