Last night another football club announced that it would be joining the abuse probe. This time it’s the turn of Queens Park Rangers FC and allegations of abuse surrounding former Youth Development coach, Chris Gieler.

Does that name ring a bell?

Well yes, it should do. Chris Gieler was a name included within the Elm Guest House papers where he was described as ‘QPR’s youth coach’. Coincidentally the Truth Seeking Music Makers made a YouTube video recently asking for clarification of the name. 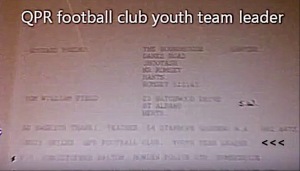 Any truth to the story?

Yes, it is a Daily Fail article so it is understandable to doubt its authenticity. However, 1. it has not been written by Stephen Wright, and 2: a simple search on Twitter is all it takes to confirm that Gieler’s interest in youth players was more than simply professional: 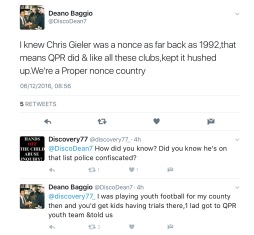 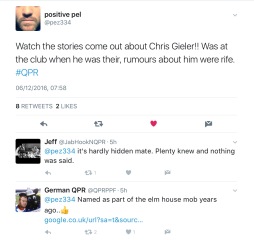 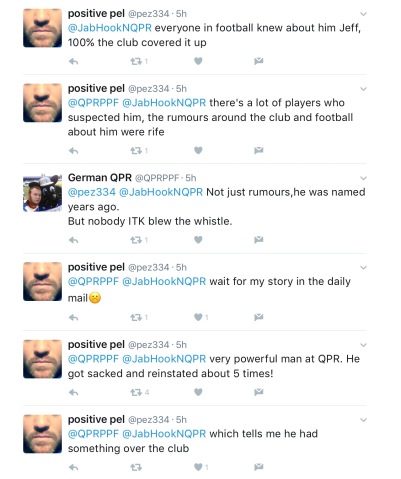 There’s another name alongside Gieler’s within the documents – William Field, St Albans. I know nothing about him or his position.

The club has announced it’s full cooperation with the abuse probe.  Interestingly one of the owners, Lakshmi Mittal, is an associate of Keith Vaz. 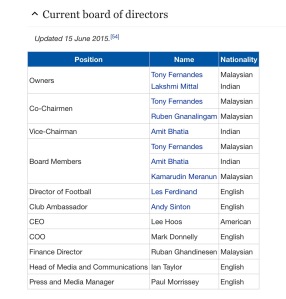 QPR have today released a Statement

The interesting part of this most recent Daily Mail scoop is that they spend their time attempting to discredit anyone who discloses abuse against the elite, famous or powerful. I believe that Chris Gieler being independently named as part of this probe, when he was also named within the Elm Guest House paperwork leaves the Fail in an uncomfortable position. I believe the paperwork isn’t an absolute oracle on abuse, but this revelation does vindicate those who originally produced them (Fay & Moss) proving that some of those mentioned are done so correctly.

It’s good news for those coming forward to disclose abuse, but it’s time the paperwork was given the credit it’s due and some of those named (especially the big names) are properly investigated.

QPR has had it’s fair share of worrying incidents in the past, including a bad record with organised fan violence on the terraces.

2004: Terrell Forbes found not guilty of the rape of a 15 year old girl

A group of footballers were found not guilty of picking up a 15 year old girl from a youth club and subjecting her to a terrifying rape whilst also filming it. 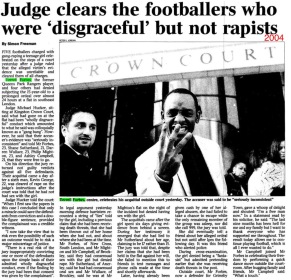 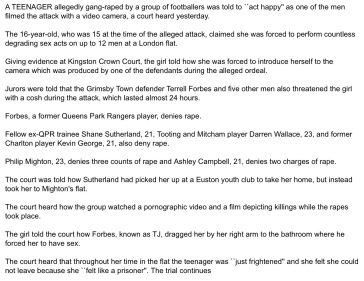 Kiyan Prince, a talented young player with QPR’s youth team was stabbed to death outside his school when he went to help a friend. Kiyan was just 15 when he died. 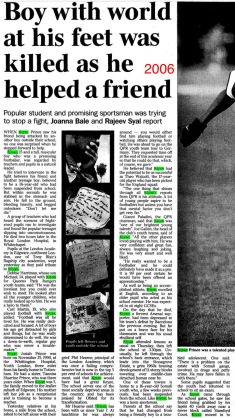 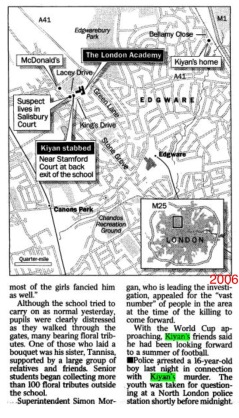